El Viajero Downtown Hostel andamp; Suites is conveniently located in the heart of Montevideo: two blocks away from our most...

With a stay at Splendido Hotel, you'll be centrally located in Montevideo, steps from Solis Theater and Louvre Antiques.... 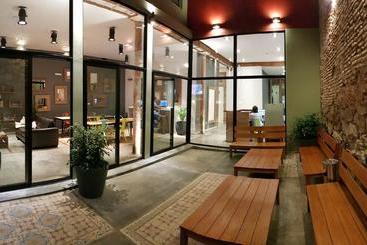 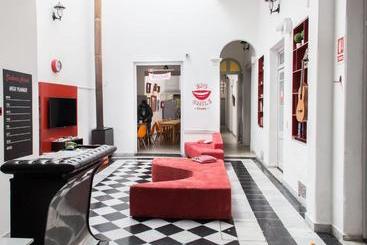 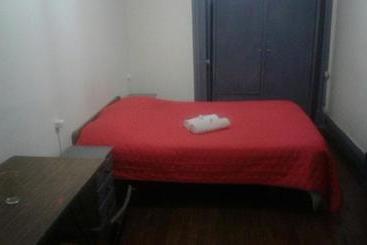 With a stay at Orpheo Express Hotel, you'll be centrally located in Montevideo, steps from Auditorio Nacional del Sodre and... 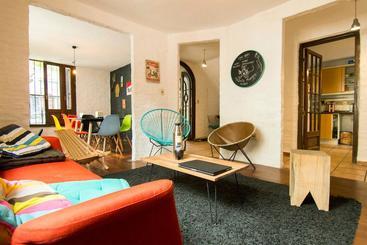 Montevideo, the capital of Uruguay, is one of the most fascinating cities of southern Ibero-America. A natural paradise, it has a small but impressive history and is a major point of economic and cultural development in the South American cone.
Montevideo is one of the safest cities of the world; its strong development has given its residents possibly the highest quality of life of all South American cities. It is the seat of Mercosur and host to important harbor activity. With its natural wealth, the city is one of the main points of economic attraction in the Austral zone of America.
Its origin is not pre-Columbian, but since its founding in the 17th century, Montevideo has been a location of important development, mainly due to its port and the proximity of La Plata River. Always faithful to Spanish interests, the declaration of independence finally occurred in 1828, whereby the city of Montevideo became the capital of the Republic of Uruguay.
The citys life and culture are tied to its port. To cross the city of Montevideo is to stroll through historical districts and amidst sun bathers on the beach, noticing the cultural character by which the capital of Bolivia distinguishes itself. Especially important is the arc of beaches it hat includes the areas of Pocitos and Carrasco. Future sun tourism has strong potential, with a coast of 650 km along the La Plata River, perfect for sunset lovers.

Personal care and beach tourism have been reinforced by clear governmental support for the development of spas designed to make the tourists stay as pleasant as possible. Another likely area of touristic development is ecotourism: the countrys multitude of landscapes varies from forests and lagoons to dunes, as well as an imposing hydrographic network that imparts a unique natural character. Montevideos enchanting attractions, accompanied by its cultural wealth and influenced by multitudinous ethnic groups, mainly Argentine and European, leave all visitors with a sweet taste in their mouths.
See more See less

The most centrally located hotels in Montevideo with the best ratings are: Hotel Regency Suites, Hotel Cottage and Regency Golf Hotel Urbano.

It depends on the category of the hotel. If you want to stay at a 4-star hotel in Montevideo, the average price per night is €28, while you will pay an average of €22 for a 3-star hotel, and in a more luxurious 5-star hotel, you"ll pay around €51.

Don Boutique Hotel and Montevideo Chic Hostel are the closest ones to Montevideo-Terminal Buquebús.

You can make reservations at Hotel Regency Suites, Don Boutique Hotel and TRYP Montevideo Hotel if you"re looking for a hotel with valet service for your visit to Montevideo.

If you need a hotel with disabled access in Montevideo, we recommend Hotel Belmont House, Hotel Regency Suites and Regency Park Hotel + Spa.

If you´re looking for peace and quiet and want to stay at an adult-only hotel in Montevideo, we recommend El Viajero Downtown Hostel & Suites.

According to our clients, if you´re travelling with children, the best hotels in Montevideo are My Suites Boutique Hotel & Wine Bar, Hotel Regency Suites and Hotel Belmont House.

If you want to save time, the hotels in Montevideo with express check-in and check-out are Hotel Regency Suites, Regency Park Hotel + Spa and Axsur Design Hotel.

Some of the options for hotels with non-smoking rooms in Montevideo are Le Biblo Hotel Boutique, Hotel Belmont House and Hotel Regency Suites.