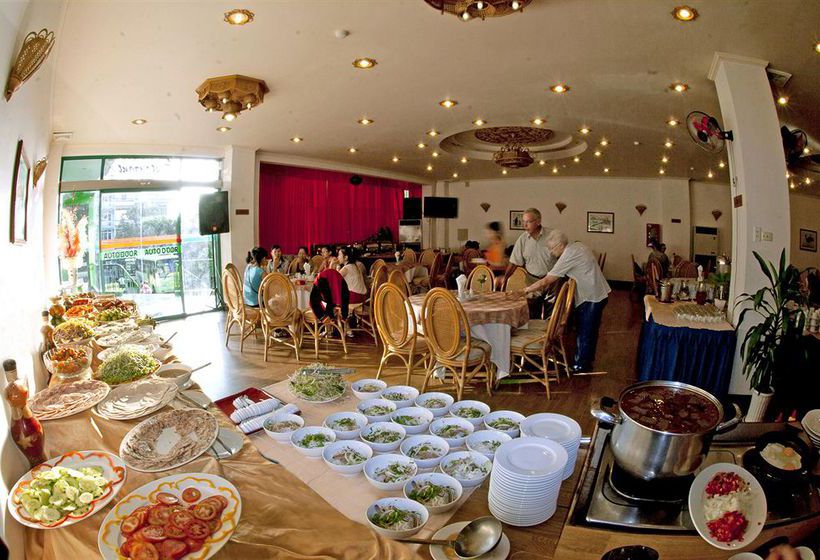 Green Hotel Nha Trang is in the heart of Nha Trang, walking distance from Nha Trang Night Market and Tram Huong Tower. This hotel is within close proximity of April 2 Square and Sailing Club Nha Trang. Take advantage of recreation opportunities such as bicycles to rent, or other amenities including complimentary wireless Internet access and concierge services. Additional amenities include gift shops/newsstands, a television in the lobby, and tour/ticket assistance. Featured amenities include limo/town car service, a computer station, and complimentary newspapers in the lobby. This hotel has 2 meeting rooms available for events. For a surcharge, guests may use a roundtrip airport shuttle (available on request) and a train station pick-up service. Make yourself at home in one of the 66 air-conditioned rooms featuring minibars and flat-screen televisions. Complimentary wireless Internet access keeps you connected, and cable programming is available for your entertainment. Private bathrooms with shower/tub combinations feature complimentary toiletries and hair dryers. Conveniences include phones, as well as safes and desks.

This hotel has no reviews. Would you like to add your own review?

Nearby points of interest